The work with the Teatro Daggide stimulated in Stefania the interest for discovering and integrating different forms of expression and to free the physical self from the fixed structures offered from ballet. In a time that went from 1994 to 1999 she has been closely collaborating with dancers, voice artists, actors, choreographers, musicians, as Larry Goldhuber, Heidy Latsky, Emanuel Jouthe, Paola Cassara’, Virgilio Sieni, Giorgi Rossi, Roberto Castello, Franco Senica, Ciro Carcatella, Roberto Zappala’, Daniela Coelli, Salvo Tessitore and Grant Mac Daniel.

In 1991, as choreographer, in collaboration with 2 theater makers, a psychologist and a stage designer, she guided a group of recovering drugs addicted through the creation of a theatrical and dance performance “Prometeo”.  The process had the intention to stimulate creativity as a tool for self- appreciation and independence.

Since 1996, she has been teaching internationally, from ballet to improvisational work, in a variety of contexts, always interested in transforming and allowing her personal research to interweave with the present circumstances. She has been teaching in places as Haagsche Dansetage in Den Haag, Cantieri Culturali alla Zisa in Palermo, Studio Danza 2-Department National Academy of Rome in Palermo (teaching children, teenagers as well as professional dancers), Tanzhaus in Dusseldorf, Area 59, among many others.

In 2000, guided from her curiosity and need to explore, she moved to North Europe. Choosing to be involved in projects that would wide her ability to express and create, she collaborated for more then a year with the visual artist Frans Malschaert, performing all over Europe the piece ‘De Tocht’.

In 2001, she moved to Germany to work with the choreographer Gabrielle Staiger for the creation of two productions, ‘Inside Cover’ and ‘Vetruvian Complex’, a physical theatre experimental work shaped from the application of compositional tools and Laban’s principles.

Since 2003, Stefania is based in The Netherlands. Here she was involved in a number of projects, with choreographers as Roland Schankula, Carolien Hermans, De Meekers and Roberto Galvan.

In 2004 in collaboration with the dancer and choreographer Michela Minguzzi, she created and performed ‘Loop’. A performance born from a research over the invisible inner pulse of life, our own inner rhythm and its influence on our own character and the way we meet the outside world.

In the same year, from the collaboration with the composer and musician Dario Buccino is born ‘Ero gia’a me n.4’ , a performancefor dancer and sheet-steel player. Dario Buccino is the creator of the HN System, a system that translates the physical and psychical experience of performing into a compositional method for sound. The intention of the shared journey between Stefania and Dario was to discover the potentiality of the HN System as a compositional method for movement.

Also in 2005, Stefania worked for DWA in Amsterdam with the choreographer Ailed Izurieta. A research on senses perceptions that flew into a tour in Venezuela during the III International Dance Festival of Maracaibo. An interactive performance with the local “Indios” and children of the Venezuelan Gran Sabana.

Since 2006 the communicative and expressive ability of the voice has becoming a deep fascination for Stefania. She joined a research group on Vocal Dance, directed from Patricia Bardi with the goal to awaken a fuller expression of voice and language through the entire body and stimulate fresh approaches to performance. Since physical processes generate the sound of the voice, to free the physical self is to free our ability to express. The result was to produce a voice that is in direct contact with our physical and emotional impulses, but not inhibited by it. 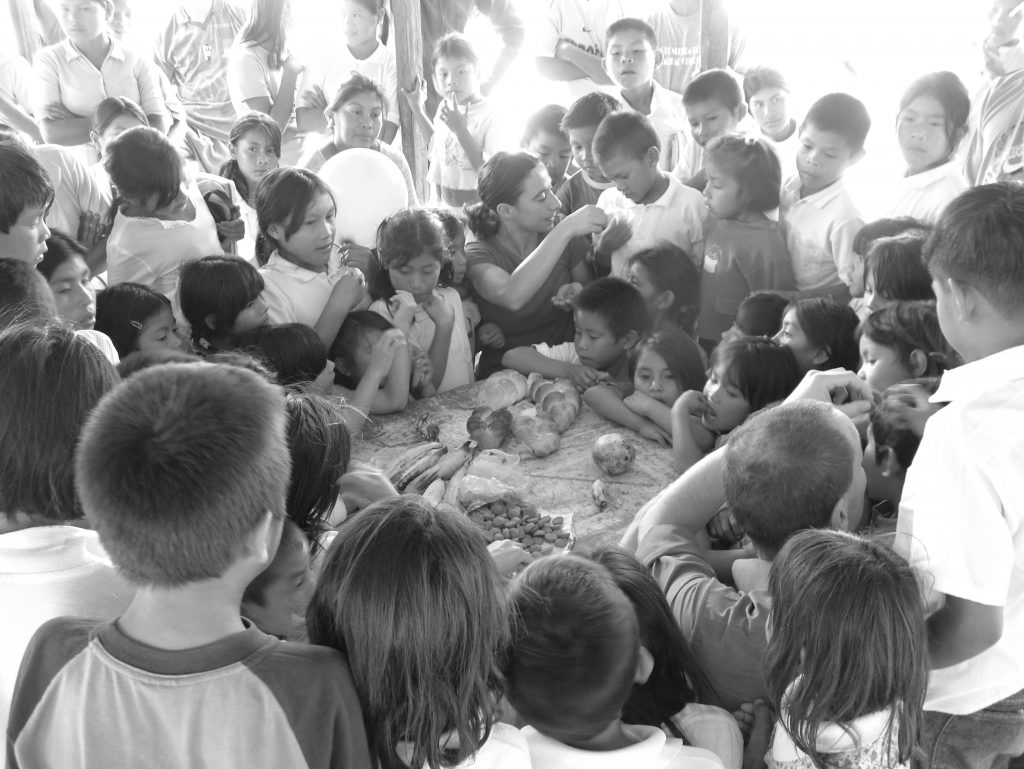 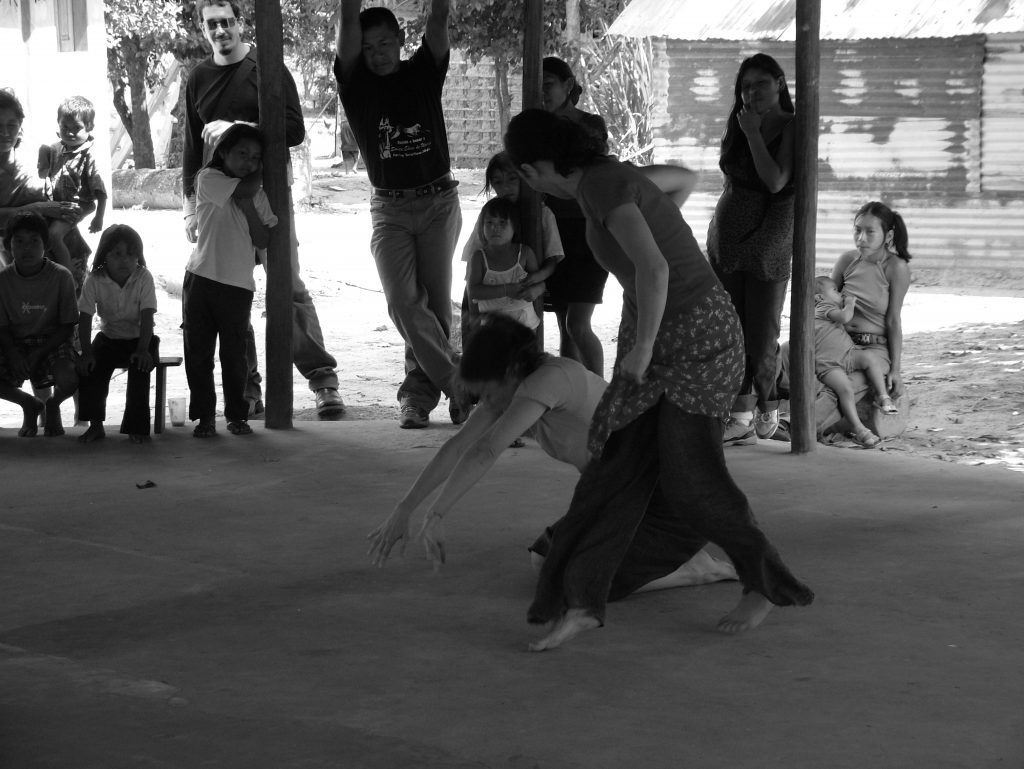 In 2012 she created the solo ‘Perpapipilù’. A dance and spoken text performance created in assignment of and co-production with the sculptor Jilles Waagmeetser and the city of Deventer to be performed in graveyards. A piece about the cycle of life, birth, blossoming, decaying, dying and rebirth………a piece about accepting and allowing the transformational dance of life.

From 2010 into 2013, Stefania has been investigating ways to stimulate self awareness through movement, the motion of sound and the motion of the physical self. Finding a deep relation-ship between manifested and imagined movement (reality), it is revealed how much our physical limitations are conceived from our inner images rather than from the matter itself. By becoming aware of our physical self, we become aware of the invisible infinite layers of the self, enabling us to reinvent ourselves, enabling us to re-imagine our reality.

In 2014, she started the “Touch Project”, a wide exploration process on the dynamic of touch. She is investigating touch as a creative power, as communicator and carrier of meaning, as an active focus. She is exploring the ability of touch to bring us back again and again into a state of presence, reveling outer as well as inner connections. Physical touch, energetic touch, as a sensuous encounter, as an emotional mirror.

By continuing to use the site, you agree to the use of cookies. more information